Esther – a story power, politics, and persecution told by over 160 students and staff of Suncoast Christian College

In our biennial musical production, students performed Esther – The Musical.  Staged over three days, 18-20th May 2071 at Suncoast Auditorium (Woombye), Esther is a musical adaptation of the Book of Esther from the Old Testament in the Bible. This ancient, yet timeless story speaks powerfully to modern generations in dealing with power, politics, and persecution, and ultimately with a people preserved and redeemed by God from the forces of evil.

Esther’s story begins when the present Persian Queen, Vashti refuses to appear before King Xerxes at his banquet and is subsequently banished and replaced with the reluctant Esther.  This orphaned Jewish girl becomes Queen of Persia, and guided by her Uncle Mordecai discovers that her people are to be annihilated by royal decree. She is forced to trust God through frightening circumstances, with the survival of her entire race seemingly on her shoulders.

Esther Director, Tanya Holthausen comments: “This is a powerful story told by an ensemble of over 160 Suncoast students, former students and staff. It’s an incredible privilege to direct such an awesome bunch of kids and brings this inspirational story to the stage.

Tanya further comments: “I so loved working with these incredibly talented people who came together to create something truly amazing and powerful. This production was a real visual feast and it’s exciting to tell one of God’s great stories.” 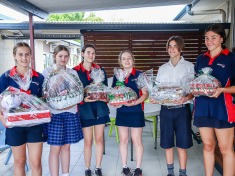 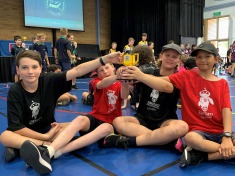 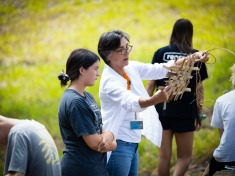 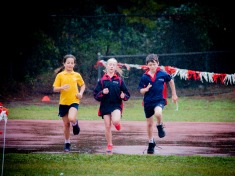