It has been wonderful returning to an uninterrupted netball season in 2022, after considerable disruptions throughout the last few years with pandemic mandates and significant illness amongst the community and our young players.

The season kicked off with information morning and grading sessions. This enabled us to place all players within the nine teams from; Net Set Go to Division 2 – our highest-placed team. All the teams were eager to get started with training, and we began the official Saturday competition at SCNA (Sunshine Coast Netball Association) in April.

Our Net Set Go players had a wonderful time learning all the game rules and building skills and confidence as the season progressed. Our divisional teams also experienced phenomenal, weekly improvement in their skills and abilities.

Due to their incredible strength and ability, several teams moved up a division this year. This placed them, in many cases, against much faster and taller opponents. Our girls took this challenge in their stride. Still, they continued to play hard and impress with their excellent and encouraging team spirit and sportsmanship.

Congratulations to Suncoast Smash, Spartans, Shooters and Strikers, who all made it to the semi-finals and ended in the top four positions at the end of the regular season. The Spartans and Strikers won their semi and preliminary finals to enter the Grand Final on 3rd September. It was wonderful to see both of these teams take the win and become the divisional champions for 2022. Congratulations to all the girls, Liz Blythe and Nova McDonald, who coached these players to victory!

In addition to a very successful season, we had five club players nominated for the prestigious Lin Corbett Best and Fairest Award within their respective divisions. To have five nominations for a small club with only seven divisional teams is simply astonishing. Congratulations to Chelsea Basset (Runner Up), Kaylee Pham Cook (Winner), Skye Wheeler (Runner Up), Mia Burmester (Winner) and Arden Quilliam (Winner). We are so proud of your skill and sportsmanship.

To conclude the season, we celebrated all the teams and award winners at our end-of-year Gala Awards Night in September. This was a fantastic way to celebrate all players, plus those chosen for Players Player and Coach’s Player in 2022.

This provided the perfect opportunity to announce a new club award, the ‘Spirit of Suncoast’ – in honour of club founder Megan Bourke and her significant support throughout the club’s history. The Award is given to a senior player who embodies the Spirit of the club in training and games by demonstrating sportsmanship, encouragement of others, integrity, fairness and humility. Congratulations to Menique Bosman, who received this prestigious inaugural 2022 award.

We are excited about the 2023 season and hope to have many more players join our club!

In the Spirit of the game,
Liana Simpson
Club President, 2022 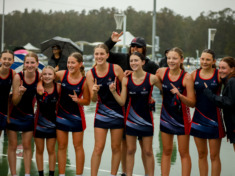 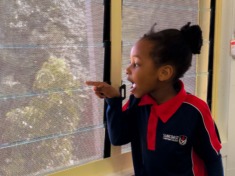 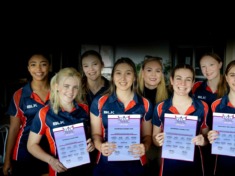 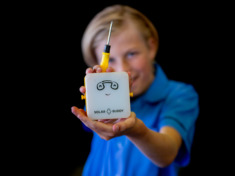