Suncoast Netball Academy gives all netballers the opportunity to be coached by elite, experienced and dedicated coaches and to develop their game to high levels.

The Academy will provide an additional opportunity to all students at the College to access outstanding coaching programs within a supportive and engaging netball environment. Players will train and play within the Academy, maintaining strong community links with all local netball Clubs. Students will be given the opportunity to train and play with a Qualified Netball Queensland Accredited Coach. The Academy endeavours to develop as many players as possible at the College, giving them quality training and first-class opposition in games, whilst also representing their local clubs in fixture games and finals series

It is essential to look beyond the short-term approach and plan for the player’s long-term development. It is important that young players develop a variety of fundamental skills to help them become good general athletes. It is important, however, to keep in mind that players evolve at different rates. The growth rate of their bones, muscles, organs and nervous system are different from stage to stage and these developments largely dictate their physiological and performance capabilities. These factors will be developed through a phase-based, holistic approach, incorporating technique, insight, communication,  conditioning and personal development as children develop into young adults.

We will have an approach to netball which aims to create resilient and competent players who are motivated to enjoy their participation in the sport and empowered to positively influence their own development.  This approach includes the principles of leadership, empowerment, emotional intelligence and player learning preferences

A development squad of up to 16  students will be selected by Suncoast Head of Netball, Megan Bourke. Trials will be conducted over two sessions in the first 4 weeks of Term 1. Selection will be based upon identification of the following:

Selection to represent the College in external competitions will be influenced by student attitude and behavior.

What does Netball Academy cost? 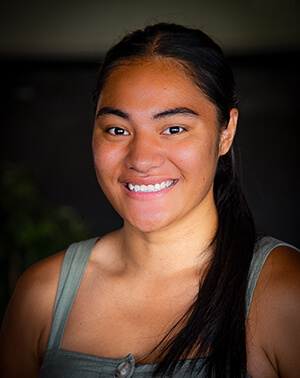 In 2018 last year, Sarahpheinna had an incredible opportunity to sign with the Sunshine Coast Lightning when she was only 17 years old. Unfortunately, during a practice match between the QLD U17 and QLD U19 state sides, Sarahpheinna tore her ACL and meniscus and subsequently missed out on that chance. She has since recovered and is back playing with USC Thunder is excited to be back on the court again.

Sarahpheinna has also been named in the 2019/20 Australian Netball World Youth Cup Squad to play in Suva, Fiji in June 2021.

When Sarahpheinna isn’t on the netball courts she will either be at USC studying for her Bachelor of Social Work, at church, or playing Oztag, volleyball, or basketball. Sarahpheinna’s favourite quote is from Philippians 4:13: “I can do all things through Christ who strengthens me.”

Former Head Sunshine Coast Lightning Coach, Noeline Taurua said “Sarahpheinna is a formidable force on court and her commanding presence is one of many attributes that have made her an appealing acquisition. Sarahpheinna is an emerging player who is still ‘green’ but has plenty of natural ability that enables her to read the game. Her level of maturity impresses me.  She can shoot, she can defend inside and out of the circle. She has a versatility that not many players have and that is a bonus for us depending on what we need in the squad.” 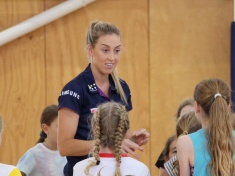 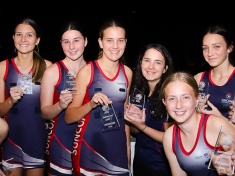 Netball Wins All Round