District Athletics – punching above our weight

With one of our smallest teams due to illness, injury and pull-outs, all our athletes that competed at the SCISSA Independent District Athletics Carnival went above and beyond to make sure Suncoast was still well represented and it paid off!

At this year’s  Sunshine Coast Independent Schools Sports Association District Athletics meet – for the 4th year running, Suncoast Christian College held off Matthew Flinders to win the Percentage Trophy. Besides beating schools much bigger than ourselves, our team placed 4th overall.  Well Done Suncoast Athletes that stood up and represented us so well, you should all be very proud.

We had some amazing individual results as well with some exceptional stand out performances from a number of our athletes. Lucy Jones blitzed the field in her 100m, 200m, and 400m as well as placing in others, Conrad Atkins smashed the old Long Jump record to jump 6:24m and placed in his triple jump and sprints.

Charlie Cochrane broke the 400m record running 57:36s and also placed in his sprints.  Arden Quilliam has won her 100m and 200m and placed in her field events. Brooke Keller continues to re-write the record books in her jumping events, winning the Long Jump, Triple Jump, and High Jump as well as placing in all the throwing events.

Ruby De Wet, Sienna New and Taylah Possee all won their events, Long jump, triple jump, and high jump respectively. Emmalee Stephens has finished her final district carnival so well, winning her 100m, long jump and triple jump and Nui Maka also finished well winning his javelin and shot put.  There were so many other standout performances finishing in the top 3 places and now 21 of our students will go on to the next level and compete at the Regional Track and Field Trials next week. 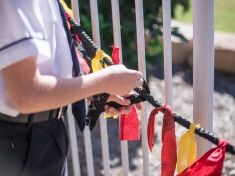 Welcome Back to Term 2 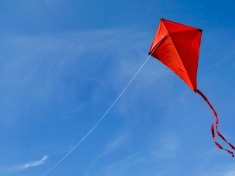 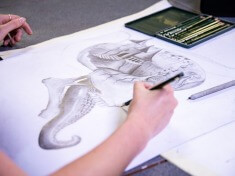 Artists in the Making